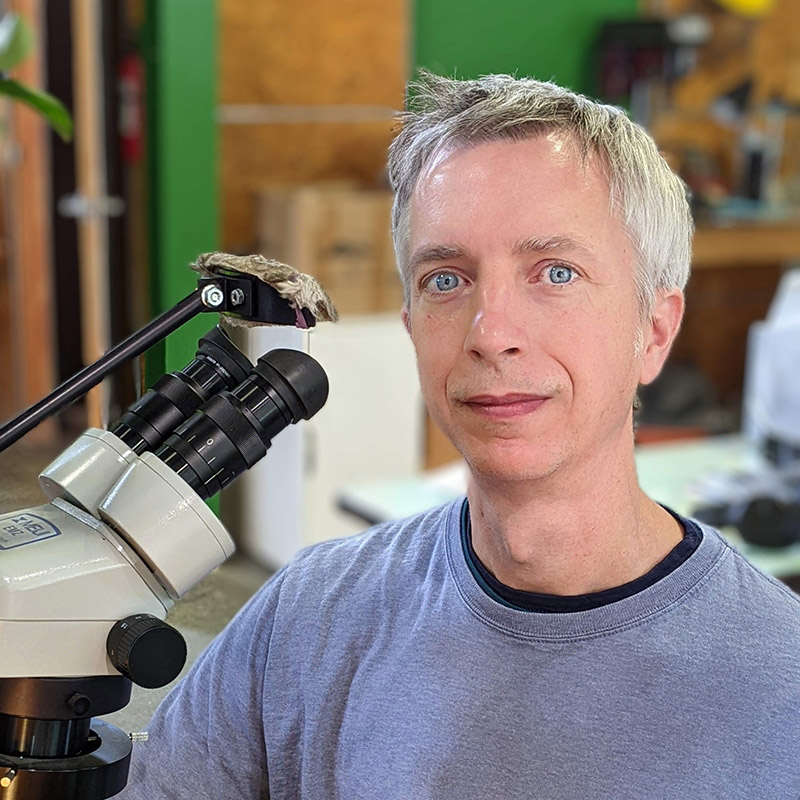 Geoffrey Giles was born in 1972 and spent his youth exploring artistic expressions. These included long hours of drawing and painting. While in high school, Geoffrey was introduced to jewelry making, and in a moment of clarity knew that it was what he wanted to do with his life. He was taken on as an apprentice by two master goldsmiths where he lived, and formally began his training.

After two years of the apprenticeship, and the end of high school in 1991, Geoffrey went on to Virginia Commonwealth University. In 1995, he received a BFA from the Department of Crafts with a concentration in metals. He then spent three years working as a bench jeweler in both Richmond, VA and Atlanta, GA before moving to the mountains of North Carolina to begin his life as an independent designer and goldsmith.

Geoffrey creates one-of-a-kind and limited edition jewelry. He works primarily in 18K gold, fabricating each piece himself with no outside help of any kind. His jewelry exemplifies a minimal industrial aesthetic; a combination of bold geometric forms, clean lines, and attention to surface detail.

Geoffrey is committed to environmentally friendly processes and materials. He uses only 100% reclaimed and recycled metals. The diamonds and gemstones he uses come from reputable companies who only supply ethically sourced material.