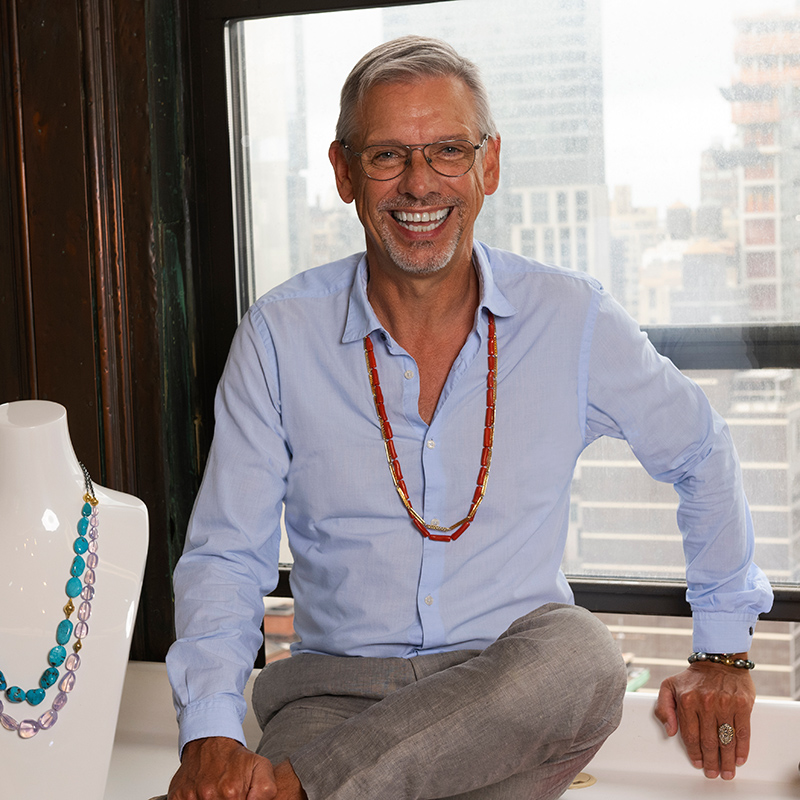 Australian-born jeweler, Ray Griffiths, has been creating exquisite jewelry for more than 30 years. The son of a shoemaker, Ray grew up spending weekends at his father’s workshop and developed a deep sensibility towards craftsmanship and an appreciation for handmade details. Fuelled by a love of gemstones and jewelry from an early age, when he was just 15 Ray began an apprenticeship to jewelry masters and tiara makers at Dunklings Jewellers in Melbourne, Australia. It was there that he learned the art behind the construction and restoration of fine jewels — which was to form the basis and ongoing motif in all of his own designs and production. Later on he pursued degrees in both gemology and diamond technology, leaving him a master in both his craft and its science. An adventurer at heart, Ray then spent several years in Europe before returning to Australia, this time to Sydney, where he became partner and head designer at Rox, Sydney’s premier jewelry store, located in the exclusive Strand Arcade.